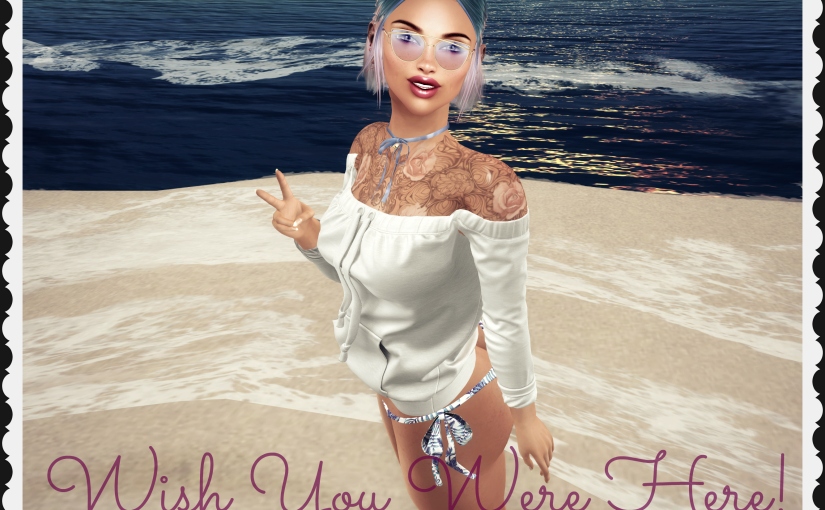 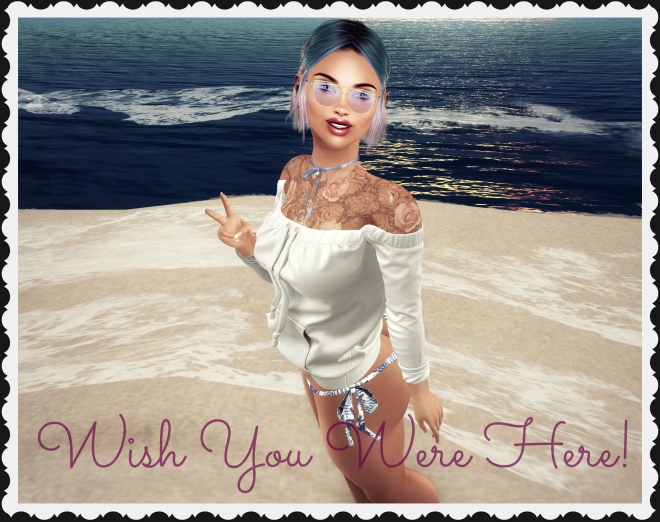 I could wish for nothing better than a lovely paddle along a sandy beach at the moment.  I yearn to visit the seaside, especially considering the weather we have had for the past few months in the UK now.

Unfortunately, I’m currently recovering from spinal surgery, which means I haven’t been able to sit at my desk and venture into SL.  It’s been a tough few weeks, but normality is starting to return, gradually, so I took Kitty for a paddle earlier.  Hey, at least one of us can enjoy the sunshine, right?

The interesting thing for me is that no matter how long I stray away from SL, when I return generally most things are the same. There’s always drama (which I steer clear of) and accusations flying around which has always baffled me because you would think in a virtual world that we would endeavour to make it feature the very best of us.

Instead, the behaviour of some is generally far, far worse than in reality.  In fact, the way that people conduct themselves in-world is often a bit of a shocker to me.  But then again, how else do you think we’ve ended up with virtual gossip sites like SL Secrets

Anyway, stuff that.  I’m off to collect some seashells and take in the virtual view…