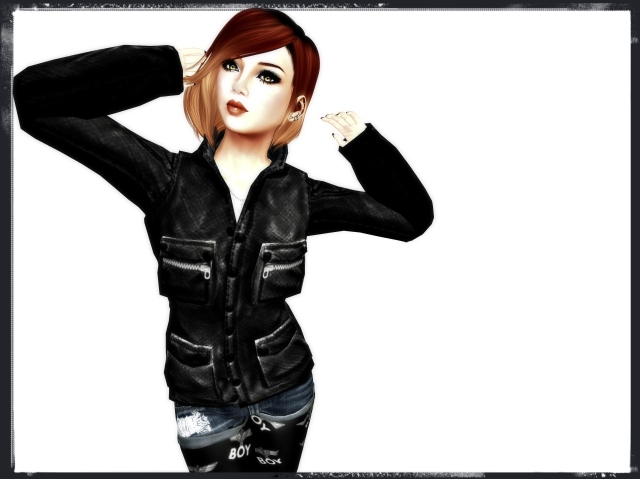 I created a group in SL a while ago called ‘Pet Shop Boys Fans In Second Life’ (Yes, I was up all night thinking of the name) and I *VERY* occasionally send notices out to it. I don’t like sending out lots of notices because I know how ruddy annoying it is to be bombarded by them, but I do have good reason to at the moment.

My beloved boys release their latest album, ‘Electric’ on Monday (Click HERE for an exclusive album stream!) and it is bang-tidy as we say around these ‘ere parts.  It features lots of retro sounds teamed with disco beats and embellished with  Neil’s splendid lyrics.  It’s a tour de force and is attracting a lot of attention.

The BBC is devoting a lot of air-time to the boys too.Tonight, Friday 12th July, they’re featuring on not one, but two of the network’s leading stations.

At 19:15 BST they’re going to be appearing on ‘Front Row’, BBC Radio Four’s  esteemed art and culture review. Then at 22:00 BST BBC Radio 6Music will play a two-hour mix of music chosen by the boys.  (Incidentally, they were featured on Dave Pearce’s Dance Years on the same station last week, you can still listen to the show by clicking HERE)

In honour of my beloved boys I was a bit naughty today and purchased a pair of leggings from the Fi*Friday event featuring the infamous ‘Boy’ logo, which was a brand synonymous with the PSB’s in the late 1980’s. (The reason I say I was a bit naughty is because, well, let’s be honest here, this label is a trademark and by duplicating it in world without permission that trademark is clearly being infringed. Of course I’m guessing here, but  I doubt very much that the creators sought permission before using it, although I’d love them to prove me wrong on that.  I’m not going to get into a huge argument here about copyright but suffice to say I don’t normally buy items with labels that are clearly sourced from real life. However I made an exception here because I was desperate to have them. I’m being honest and I’m sure we’ve all got these kinds of items in our inventory, either accidentally or deliberately)  To be frank they’re pretty bog standard as leggings go as well, they aren’t mesh and the seams don’t match so I didn’t really mind splashing out the princely sum of L$55 to acquire them.

However I teamed them with something that I am really VERY impressed by, and that is today’s outstanding Fifty Linden Friday offering from Deco. This ‘Survivalist’ coat is mesh and really looks the part. It features good texturing (although sadly the zip texture is a bit blurry in parts, but that’s more to with my PC and the limitations of Second Life than any poor performance on the creator’s part), but it’s the shape that really wins it for me.  I love the way this jacket has been built, love the upright collar and pocket styling and the fit is absolutely spot on. To be perfectly honest I think I look pretty chuffing awesome in it.  You’ll find the jacket is available for both male and female avatars and is the bargain of the week at just L$50.

Incidentally this week’s Fifty Linden Friday is rather good.  Lots of nice items included including this Deco jacket and a gorgeous wee vase from Schadenfreude.  It’s called ‘Tree Vase with Apple Blossoms’ and comes with a Hud so you change the colours of the petals, vase and stem.  It looks amazeballs in my kitchen!(It’s on the left, all co-ordinated like) 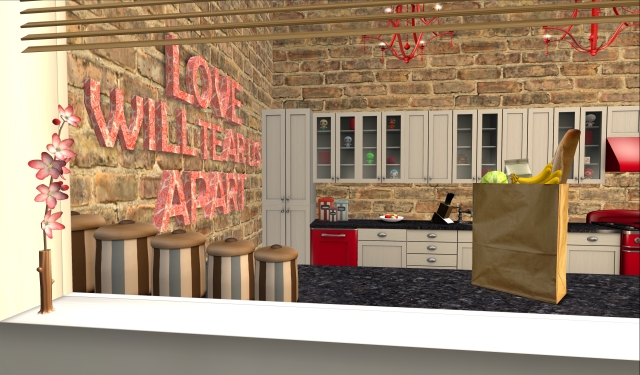 Finally the pose I’m striking in this picture is another FLF from oOo Studio. A pose set called ‘Katrina’ including five poses, four with mirrors and one specifically tailored towards both mesh and system hands.  The poses are great, very expressive and subtly suggestive of movement and an essential purchase if you enjoy taking modelling shots.

Oh and another quick word regarding Fi*Friday, I am also wearing some fabulous make up from KoKoLoRes.  I treated myself to the ‘Lustre Lips’, the ‘Eyeliner collection’ and the fabulous ‘Nails Nails Nails!’ set. I’ve layered it over the FLF Belleza Jade skin from last week’s round and taken a picture below so you can see the subtle changes these tattoo layers have made, look great don’t they? 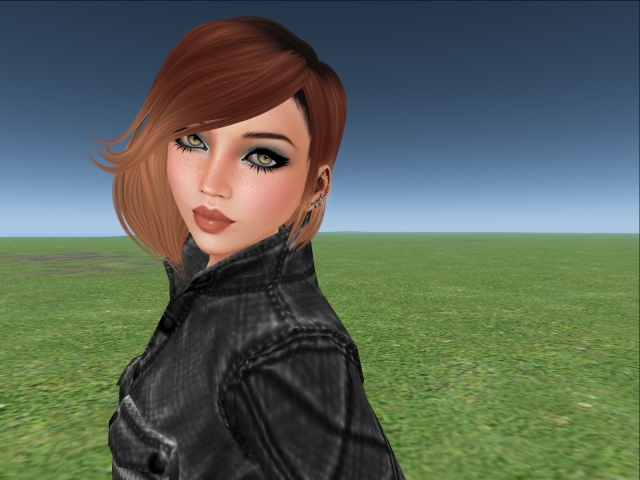 Anyway, be off with you.  The Pet Shop Boys will be on soon and I don’t want to miss listening in. Look, you know where the kitchen is, go and make a brew or something, OK?

Good ol’ Shinjles:)  She sent me an e-mail to my RL work to cheer me up with a cracking story off New World Notes.  A chap called Nath Jonesford has made a PSB inspired machinima and it is rather brilliant..it must have taken lots of work to create and I think he should be rightly proud of his work.  I love it, it’s inspired and the track, ‘The Way It Used To Be’ is my favourite off the album and he’s re-mixed it beautifully. Well done NWN for picking this one up and sharing with us!

Nathan also has a YOUTUBE channel featuring some earlier videos and he creates his own re-mixes of PSB’s choons..a man after my own heart, make no mistake! (If you’re reading this we should meet up in world Nath and wax lyrical on all things PSB!)

Incidentally, it’s Chris Lowe’s 5oth in October, and as the proprietor of the PSB’s fan group in SL I am planning on holding some kind of event to mark the occasion..hopefully a huge PSB party at a club…..( I’m negotiating with Amanda on that one!)