I am not, despite appearances, in the slightest bit kinky. I’d rather have a nice cup of tea and a lie down; truth be told I find all the kinks and sexual weirdness in Second Life exhausting. I mean, who has the energy, virtual or otherwise, for these shenanigans? But hey, it’s a thing, I get it. Fortunately KINKY MONTHLY isn’t just all about butt plugs and lube.  Granted there’s usually quite a lot of butt-plugs and lube there BUT you’ll also find some nice items of clothing, usually of the skimpy variety but very nice, nonetheless.

Here’s an example, a very nice dress from CANDY KITTEN. It’s called ‘Heartbreaker’ and it’s a nice, simple ruched affair that you can either wear with the included bra (like I have here) or dispense of it entirely and show your nipples off. Which it’s way too cold for in my humble opinion.

I added an old harness I had in my inventory from BLUEBERRY, and some long forgotten but bot I’m glad I found them again pentacle hand harnesses from ASTRALIA and voila! A simple yet effective look appears:)

I added a style that I found at ANTHEM called ‘Babyrose’ and voila! Now about that cup of tea…. 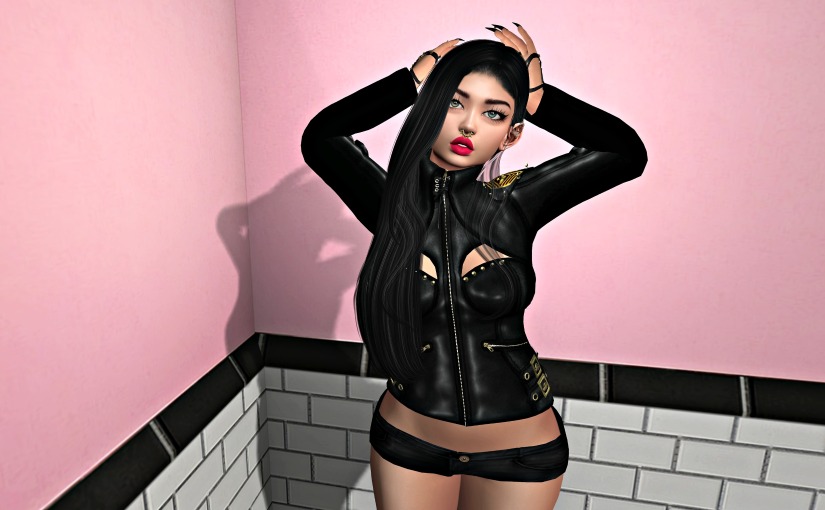 Kitty wears from the event:

SKIN OF THE WEEK: HANA by AMARA BEAUTY

Pose by ELEPHANTE (‘One way or another’ set)