Yup, it’s time to get your jumpers out of the cupboard folks, because Autumn is fast approaching so it’s time to get cuddled up wearing your favourite sweater.  This one is already a treasured item of mine, it is just scrumptious! It’s from COCO @ FAMESHED and the texture and style of it are mouthwateringly good.  I love the fact that it’s tucked in at the front too, it looks very realistic indeed.  This is another of those times where I’m drooling after something in Second Life.  I’ve been looking for a jumper just like this one in real life and I cannot find it, ARGHHH!

To finish this look I’m sporting hair by FOXY and I’m still wearing my ‘Skin Of The Week-Blair’ because frankly I love it and don’t want to take it off! My cosmetic layers were a find from ANYBODY. Morgana Hilra wrote about this amazing palette from SHINY STUFFS at the event and she was right, it’s fantastic! 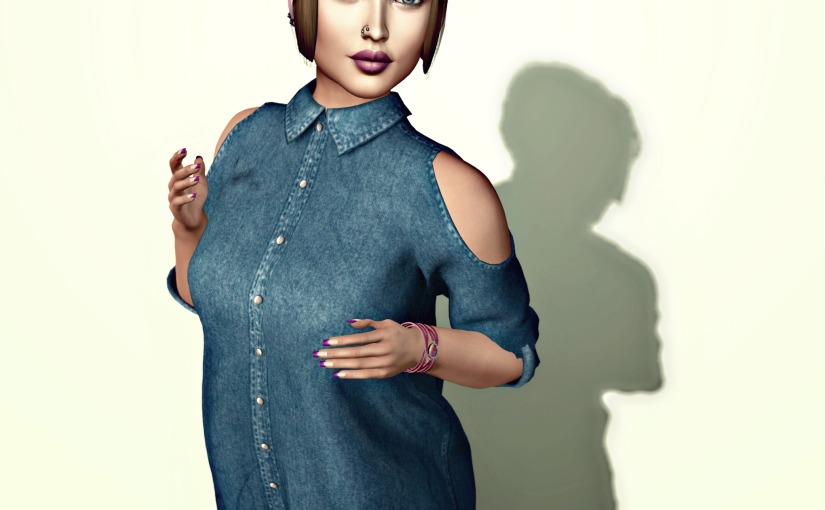 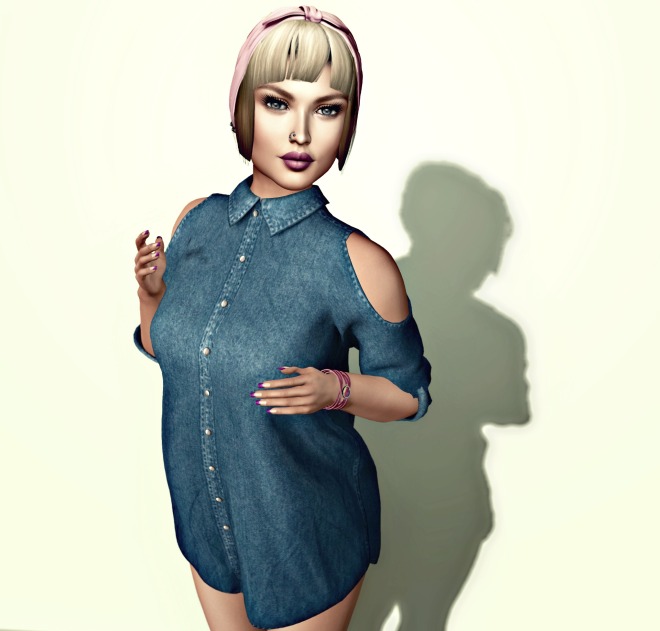